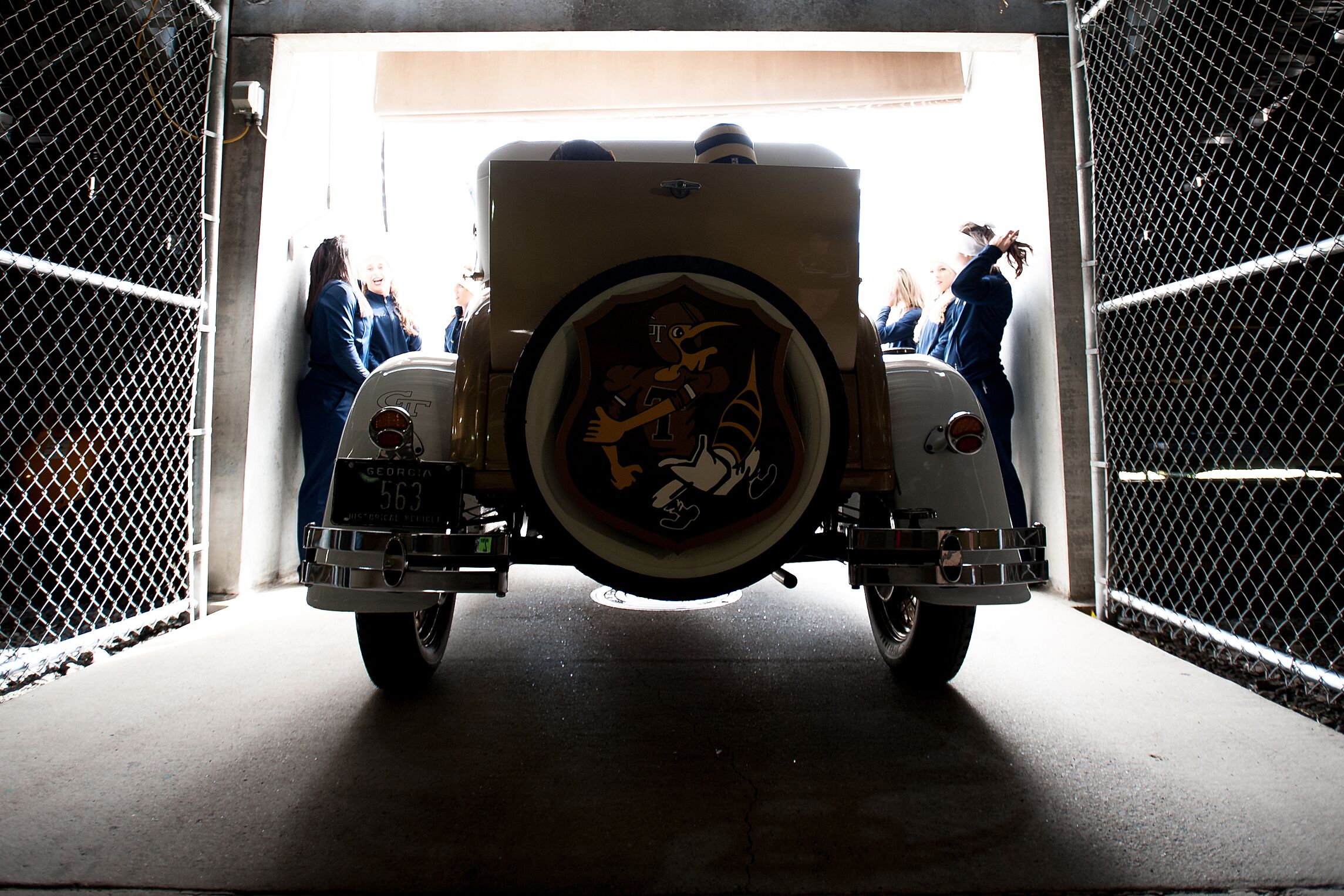 ATLANTA, GA – NOVEMBER 1: The Georgia Tech Yellow Jackets car Ramblin’ Wreck prepares to drive out of the tunnel prior to their game against the Virginia Cavaliers on November 1, 2014 at Bobby Dodd Stadium in Atlanta, Georgia. The Georgia Tech Yellow Jackets defeated the Virginia Cavaliers 35-10. (Photo by Michael Chang/Getty Images)

The first full week of high school football action has kicked off across most of the country with most high schools starting their season off this past weekend including all but three Tech commitments. While a few commitments saw their teams struggle in their season openers a couple of Jackets were standout performers for their teams.

Two secondary commitments in Buford cornerback Jalen Huff and Brother Martin (New Orleans, LA) safety Nick Turner did not play this weekend. Huff kicks off his season this upcoming weekend while Turner will have to wait until September 6th. Additionally, LB Jared Behrens out Woodgrove (Purcelville, VA) doesn’t kickoff his 2019 season until this upcoming weekend when they take on Loudon Valley.

WR Bryce Gowdy – Deerfield Beach (Deerfield Beach, FL): Gowdy’s team like Brooks got off to a rough start this weekend. The Deerfield Beach Bucks took on Miami Carol City on Saturday in a nationally televised game on ESPN but struggled offensively, losing the game 24-12. The Bucks will need to bounce back fast as they take on St. John’s out of Washington D.C, this upcoming weekend. The Cadets are ranked as the nation’s fourth-best team according to Maxpreps.

OT Jordan Williams – Gainsville (Gainsville, GA): Williams and the Gainsville Red Elephants won their season opener 27-21 over Mary Persons. No stats could be found for the game from a Gainsville perspective.

OT Cade Kootsouradis – Crestview (Crestview, FL): Crestview won big in the season opener by a final score of 53-20 over Vernon. No stats were entered for Crestview in their win.

OT Wing Green – Lee County (Leesburg, GA): Green’s Lee County team defeated Doughtery 28-0 this past weekend but no stats were entered for the game on Maxpreps.

Next: Full Reports
Next1 of 2Prev post
Use your ← → (arrows) to browse
Load Comments
Event Tickets
Powered by StubHub
Top Stories