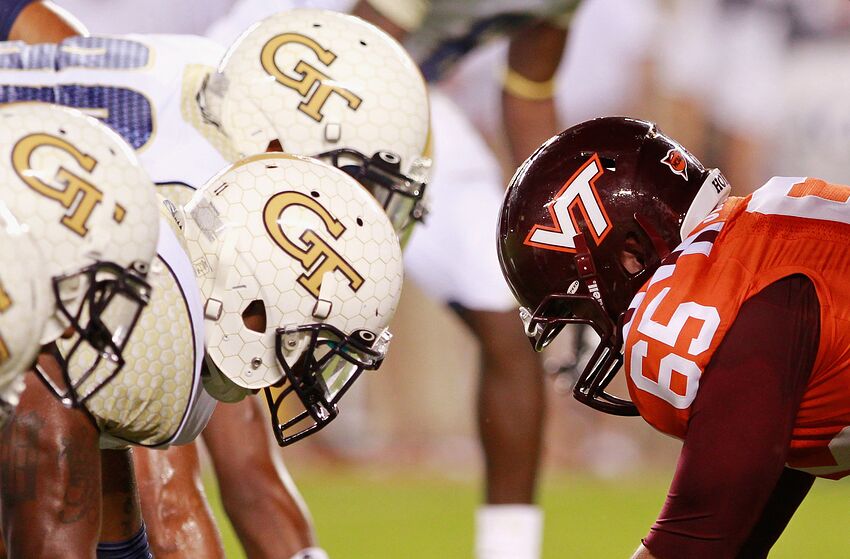 As we delve back into Georgia Tech 2020 signee profiles, we take a look at Georgia native and massive offensive lineman Wing Green.

Wing Green is up today in our Georgia Tech 2020 signee profiles and is one of six Georgia Tech offensive line signees in the 2020 recruiting class. Green, a 6-foot-7, 285-pound offensive tackle out of Leesburg, Georgia isn’t the highest rated offensive lineman but might have the most upside.

Green was a composite three-star recruit in 247Sports latest composite rankings and comes in the top-1000 players nationally while also being ranked a top-75 offensive tackle. 247Sports themselves likes Green a bit more, ranking him as a top-600 player and top-50 offensive tackle. Green only reported handful of scholarship offers during his recruitment with Georgia Tech being the only Power Five offer. Green committed to the Yellow Jackets in late June after originally being offered in May of last year.

The first thing that jumps out at yeah when studying Green is obviously his size, at 6-foot-7, 285-pounds the only word to describe Green is huge. At 285-pounds, there’s still a ton of room for Green to grow into his 6-foot-7 frame. At 6-foot-7, Green obviously has tremendous reach is evident in his highlight tapes and he moves pretty well for a big man his size. He’s certainly not fast but he moves well enough. Keeping his speed and his ability to bend will be important as he grows into his frame more and more over the next few years.

Overall, with Green it’s all about the potential. When considering his size, length, agility, and overall power, there’s nothing not to like about Green. That being said, there’s a ton of untapped potential with Green in our opinion. Tech fans won’t be seeing Green take the field anytime soon but perhaps as a redshirt sophomore he will begin to see playing time. Long term, Green at worse should project to be a a depth player with his best case scenario being that of a multi-year starter. Green’s development will require a lot of work and patience but working with one of the best offensive line coaches in the country should help with that quite a bit.